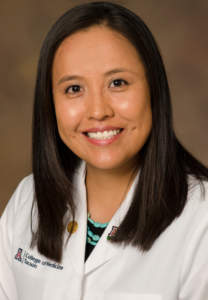 Under the guidance of Dr. Robert Segal, President of Pima County Medical Society (PCMS), I was tasked with an independent study to investigate and learn more about health care leadership and advocacy in Arizona, particularly in our own Pima County. It has been a fascinating experience discovering the power of county medicine and the potential of increased communication between the national, state and local levels. Dr. Segal’s mentorship was instrumental in my path to leadership with the American Medical Association, and it was a wonderful opportunity to learn from him and his colleagues during this study.

In Arizona, there are three primary avenues for physicians and medical students to become involved in health care advocacy and organized medicine. At the local level, physicians and students can become active members of their county medical society, such as PCMS. At the state level, the Arizona Medical Association (ArMA) provides a broad collaboration of county medical societies and physicians. As for the national level, Arizona physicians and medical students can join the American Medical Association (AMA), whose delegation is comprised of constituents from across the United States.

From my conversation with Dennis Carey, Executive Director of the Society, I learned that PCMS was founded in 1904, with a history spanning even longer than the statehood of Arizona. Formed initially as the governing medical body for Pima County physicians, the medical society served as the mandated overseer for medical licensing and practice. While membership is no longer mandatory for local physicians, PCMS serves as a collaborative resource for Southern Arizona physicians, non-physician health care providers and medical students. The organization is broken down into three levels of membership. Active practicing MD and DO physicians can join as voting members, part-time or retired physicians can contribute as associate members and lastly, nurse practitioners, physician assistants and podiatrists can serve as affiliate members. Current allopathic and osteopathic medical students are also enthusiastically welcomed to join as medical student members. And residents can join as resident members.

As the landscape of medicine has changed dramatically from the early 20th to the 21st century, the functions of the county medical society have evolved to fulfill the needs of today’s physicians. A primary aim of PCMS is to support its local membership with networking opportunities to interact outside of the clinic or hospital. These connections help to increase interdisciplinary collaboration among physicians in caring for and supporting the county’s patient communities. Additionally, the PCMS network of physicians unites to provide health care advocacy at the local level. As thus, the medical society relies heavily on its membership to function as its eyes and ears within the community and to report back to the larger cohort in response to any health care or public health issues that arise in the community.

The ad hoc public health committee of PCMS functions to address any acute issues brought to its attention by its membership. The medical society has been instrumental in providing a public stance on previous health care policy issues affecting local physicians and patients such as the Affordable Care Act, Medicare reimbursement policy and on the horizon, Medicare for All. For previous issues, PCMS has spoken publicly through media outlets and disseminated information regarding policy resolutions and legislative bills affecting physicians and patients. In recent years, a local dispute among providers and a health care institution that affected continuity of patient care spurred PCMS to formally advocate for the patient community by urging an equitable and swift resolution between the parties.

In the future, the function of PCMS will continually adapt to the changing health care landscape. As the system moves away from predominantly private practice-led physicians to largely academic and private equity health care system groups, the needs of practicing physicians will also change. Organized medicine at the local level is heavily influenced by the availability of resources and time by the organization and its members. Engagement of membership can be difficult because of the heavy time constraints placed on practicing physicians. However, PCMS leadership is committed to supporting the endeavors of its members in advocacy and policy. Health care advocacy at the county level is ultimately devoted to the needs of local patients and physicians and functions in a less formal capacity than its State and National brethren. However, for many physicians, involvement at the county level allows for a personal investment into the health needs of their community and interaction with professional peers.

As the newly elected secretary of PCMS, Dr. Christina Arredondo’s path to organized medicine began during several experiences throughout her training. As a student, her passion for organized medicine began while volunteering in student-run clinics, which kindled her interest in clinic management. Her desire to obtain a global understanding of medicine and health care systems led her to complete a public health fellowship as part of her residency training. This experience inspired her to think globally within our own community by serving as the clinical director for a Native American nation ― the local Pascua Yaqui tribe. In her role, she relishes the additional opportunities to advocate for Native American health self-governance and access-to-care.

Her public health interests remain focused on improving global medical systems for patients and physicians. In the immediate future, she believes PCMS could benefit from working closely with the county health department to improve local population health through networking and informing local physicians. Based on her previous experience, health care advocacy through resolutions and legislation is more likely to happen at the state or national levels. Unfortunately, physicians at the county level can sometimes feel disconnected from the broader organizations because it can be hard to understand how to get involved or how to best assist, especially at a distance. However, she is hopeful that there will be more opportunities for advocacy at the county level with increased engagement from local physicians and medical students.

Similarly to PCMS, ArMA has historic roots and was founded in 1892. The organization has more than 4,000 members. ArMA’s larger membership base allows for greater funding and advocacy opportunities through formal advocacy committees and public health policy. The Legislative and Governmental Affairs Committee has an active role in reviewing and determining ArMA’s stance on health-related policy under consideration by the state legislature. In addition to policy opportunities, the ArMA Public Health Committee meets regularly with state public health officials to discuss any potential medical issues that arise within the state, including communicable diseases and disaster preparation.

Dr. Michael Hamant, Past President of ArMA, got his start in organized medicine as a medical student at the University of Arizona in Tucson. He joined the AMA as a student and was a member of both the Medical Student and Resident Physician sections. Locally, Dr. Hamant is a current member of PCMS and has served as President. Now as a current Arizona state delegate to the AMA, Dr. Hamant is passionate about advocating for patients and physicians through health care reform, health policy and resolutions, which increase the transparency of health insurance and coverage. Most recently, he and ArMA worked with state legislators to eliminate surprise billing for patients in Arizona, which can result in astronomical charges for services rendered to patients outside of network.

As a state delegate to the AMA, Dr. Hamant is tasked with reviewing health care resolutions brought forth at national annual and interim meetings. Together with other members of the Arizona delegation, they review each proposed policy and take an official position. If Arizona strongly supports or opposes a resolution under consideration, then the delegation gives testimony of its importance at reference committees. Policies that pass this process are then brought forth to the House of Delegates, where they are formally voted upon by AMA delegates, like Dr. Hamant.

On a national level, there are many opportunities to become active in the American Medical Association through state, medical specialties and other committees. However, in discussion with Drs. Hamant and Arredondo, they believed it is best to get started early as a medical student. Once in residency training or ingrained in running a practice, it can be difficult to find the time and best route to become involved. Importantly, from my discussions with Dr. Hamant and Mr. Carey, medical student participation is encouraged at all levels of organized medicine. Dr. Hamant noted there have been several excellent resolutions that have developed from the Medical Student Section of the AMA in recent years and the younger perspective is often valued.

My investigation into county and state health care leadership has inspired me to get involved at the local level in the future. It was a delightful experience to meet leaders who are so passionate about improving circumstances for both patients and fellow health care providers alike. I feel that there is immense potential in extrapolating this sense of community involvement to all levels of the health care hierarchy. In my experience, AMA advocacy could benefit greatly from deep dives into county issues and perspectives. With more than 3,200 counties in our country, we have a wealth of ideas to tap and a wide diversity of thought that we could all learn from. Through my time with Pima County Medical Society, I know I certainly have.

Shannon Zullo is a fourth year medical student at the University of Arizona College of Medicine ─ Tucson. She is a medical student member of Pima County Medical Society.