Esther Alcorn, MD, who practiced medicine in southern Arizona for 40 years, died in Tucson on November 27, 2017. She was 91.

Born in Minot, North Dakota, Alcorn was the daughter of a nurse who took an interest in medicine as a child. Her mother encouraged her to become a physician and she graduated from medical school at the University of California in San Francisco in 1955. She contracted Tuberculosis in medical school, but was able to receive effective treatment before resuming her career. She and her husband moved to Tucson and she was the only intern in 1958 splitting time between Tucson Medical Cen 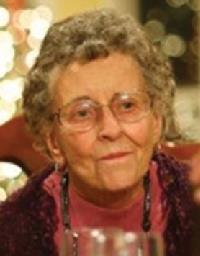 ter and Pima County Hospital. Her early years in practice included providing well-child care at native American clinics, Planned Parenthood and in private practice. She also was an attending physician at the University of Arizona Emergency Room. She was also a primary care physician with a managed care organization before leaving full-time practice to work part-time for Vocational Rehabilitation in 1988.

Alcorn joined PCMS in 1959 as a term member and then was installed as a permanent member in 1962.  She remained an active member until 1989.

Alcorn was preceded in death by her husband Stanley, who died in 1999 and her siblings Sterling, Gertrude, Naomi and Carl. . She is survived by sons Steven, Joseph, Eric and Mark; grandchildren Kristin, Nicole, Bryan, Ted, Stan, Jacob and Davis and great grandchildren Emma and Austin.

In lieu of flowers, donations may be made to the Stanley M. Alcorn Memorial Scholarship Endowment at the University of Arizona or to the Arizona Opera.

MICA: Don’t Let The Patient Leave In a Huff: How to Handle Patient Complaints

What should I do if a patient becomes upset about a bill? Can I ask…